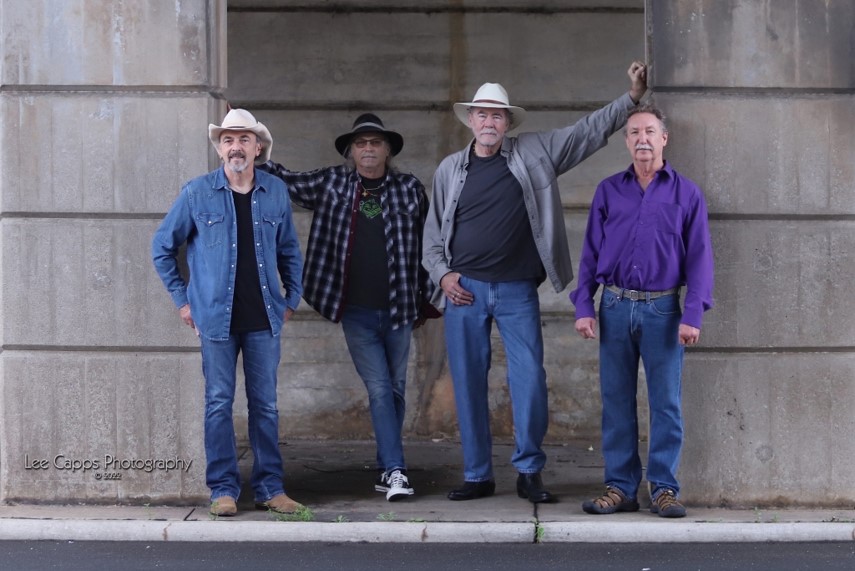 Harvey Dalton Arnold is known by most music fans as a previous member of The Outlaws. He is featured on several releases, such as Hurry Sundown, of which he has songwriting credit as well as being featured vocally on other studio and live releases from 1976-1980.
The other side of Harvey, is his love of the Blues and traditional music of the South. Born in Rose Hill, NC he was surrounded by Piedmont and Down East style music from local, as well as traveling musicians. Equally adept at guitar as he is on Bass, Harvey can effortlessly shift style from Blues to Gospel to Southern Rock.
The Harvey Dalton Arnold Band showcases Harvey’s talent on vocals and guitar, along with members Greg Germino on guitar, Darrell Young on Bass and Tim Carey on Drums. Each member having decades of experience in local and regional bands. The core of this band has been playing since 2010, and the newly reformed HDA Band is geared toward the rocking side of Blues and crowd pleasing performances.
The band is touring to promote Harvey’s latest release “Stories to Live Up To” . Be sure to catch them and be prepared for
evening of great music.